Vegan ice cream sounds like an oxymoron, like jumbo shrimp. But this ostensible contradiction bears a striking resemblance to the original milky treat. With the help of FoMu (as in “faux moo”), the non-dairy alternative is quickly scooping out a niche in Boston’s ice cream market.

FoMu is a specialty shop offering vegan-friendly alternatives to the usual ice cream options. According to co-owner Deena Jalal, “it is like ice cream for foodies.” At the two store locations, customers of all dietary backgrounds can choose from unconventional flavors like avocado, Thai chili peanut, and rice honey lavender alongside the more traditional vanilla bean or chocolate.

Jalal and her husband, Hin Tang, opened the first FoMu alternative ice cream shop and café in Allston on May 30, 2012, but the idea was a decade in the making. Jalal believes that the business move was a fateful one.

“The universe just aligned us right,” she says. “And it flowed.”

Jalal and Tang initially embarked on more conventional career paths––in marketing and finance, respectively. But the entrepreneurial couple had dreams that transcended life in corporate America.

“For years we said, ‘we’ll open an ice cream place someday,’ ” Jalal recalls. “We always had the dream in the back of our heads.”

The duo created their local, vegan, non-dairy, gluten-free product with widespread dietary restrictions in mind. They have a growing number of friends and family members with allergies and lactose intolerance, whom they wanted to accommodate while also creating a healthy treat with broader appeal.

“It’s a cure for everything,” Jalal says.

They added almond and cashew-based blends for some frozen creams, and a soy base for the soft serve options. Agave and unrefined organic cane sugar provide the sweetness. Gluten-free cones and toppings are available for the wheat-free customers. FoMu’s kitchen is located in Watertown, where small batches of ice cream are made daily and delivered. Local partners include Taza chocolate, George Howell coffee, MEM Tea, and Bonnieville cookies.

The couple started by selling their product to local cafés, including Veggie Planet and Life Alive. The demand grew quickly, prompting Jalal and Tang to open their own shop. They found a space in a predominantly vegetarian corner of Allston, near other vegan-friendly restaurants like Grasshopper and Deep Ellum.

The name, which is self-explanatory, also has a sense of humor. “More effort went into that name than our own son’s name!” Jalal says with a laugh. “We wanted to embody what we were putting out with something abstract and obvious.”

They applied the same thoughtfulness and fun to the dynamic menu, which expands and changes slightly with the seasons. The inspirations generally come from foods and beverages that Jalal, Tang, and their loved ones enjoy. Paying homage to a friend who frequently ordered dark n’ stormy cocktails, they transformed the rum-based drink into an ice cream flavor. Thai peanut stemmed from Jalal’s love of Thai food. Salted caramel, the shop’s biggest seller, seemed like an obvious choice.

But not all of the experiments translated so well. “Unfortunately, sriracha didn’t work out,” Jalal says. “It was too garlicky, and that’s gross.”

FoMu immediately attracted a loyal following of vegans, lactose intolerant customers, alternative foodies with a sweet tooth, and health-conscious parents treating their kids. Regulars began to encourage a second location in the funky, vegetarian-friendly neighborhood of Jamaica Plain. Taking their advice, the co-owners found a vacant space on Centre Street. They opened the second shop in the former shoe store, Got Sole, on April 16, 2013.

Jalal attributes FoMu’s popularity to the alternative options it provides, as well as the overall quality of their product. She notes that many of the patrons are animal-free for varying reasons, both personal and political. Many first-time patrons don’t realize that the ice cream is non-dairy.

“Across the board, people come in, they try it, and they like it,” Jalal says. “We use good ingredients. There’s not a lot of crap in it.”

The friendly atmosphere and unconventional flavors attract employees along with customers. FoMu’s staff currently includes about 30 workers. Some of them, like Vanessa Saravia, started as patrons.

She discovered the shop while doing laundry in the neighborhood and started working there in June. Saravia moved from her home in California to attend Boston College, and began to miss the robust food culture that she believes Boston lacks. FoMu helped assuage the homesickness with its tight-knit community and unique flavors.

“It’s like ice cream with personality,” she says. “I’m not even vegan, but I still come in here on my days off.”

Her favorite parts of her job include the mandatory ice cream tasting and the connections she makes with customers, particularly the weekend regulars. When she started, Saravia recalls the patience and reassurance of the patrons, who recognized her as the new girl in the shop. They offered encouragement rather than frustration when she was learning the ropes.

Her weeklong training included an education of the shop’s health-conscious philosophy; a crash course in the ingredients and health benefits; a hands-on apprenticeship of the specialty coffees; and, of course, taste testing the goods.

Ramette offers each one with a smile and asks every patron if they would like to try another.

“I get tons of questions and requests for lots of samples,” she says. “You can try as many as you’d like. You want to know what you’re gonna get, right?”

“Life for me is all about reading [food] labels and avoiding most fast food and semi-slow food eateries,” she says. “If I could eat [at FoMu] every day and not be fat, I would.” 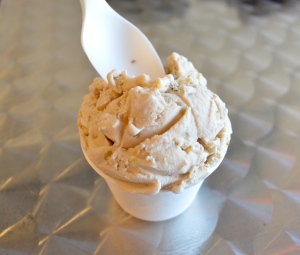 Jalal acknowledges that FoMu doesn’t appeal to everyone, but that doesn’t shake her confidence in the product. She doesn’t deem J.P. Licks, located just blocks away in Jamaica Plain, a competitor. There is enough room in the neighborhood for the traditional and alternative non-dairy counterparts.

“We really are such a specialty product,” says Jalal. “We’re supplementing, not competing, with a healthier, more conscious product.”

With two retail shops established and a growing fan base, Jalal and Tang remain open to expanding their retail and wholesale sales. The goals include more Boston locations as well as business at high-end grocers like Whole Foods.

The couple take the same laid-back and open-minded approach to the future in the same way they have every other step of the process. Again, Jalal emphasizes the importance of not forcing circumstances and simply letting them flow. In the meantime, she spends every day between the two shops, doing what she loves. 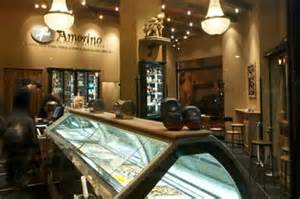