Yoga Hurts So Good (Or Does It Just Hurt?)

The word “yoga” invokes visions of incense, gongs and meditation––not torn hamstrings, cracked ribs and hospital visits. Yet, the number of yoga-related trips to the emergency room is on the rise.

Enthusiasts tout the discipline’s positive results, which include stress reduction, boosted energy levels, improved sex life and greater flexibility. But a growing dialogue about the risky nature and potential harm of yoga has emerged, particularly as the number of students––and subsequent number of injuries––increases.

The U.S. Consumer Product Safety Commission (CPSC) indicates an upward trend of yoga-relate injuries. It reported 7,369 yoga-related injuries treated in doctors’ offices, clinics and emergency rooms in 2010, an increase from roughly 5500 in 2007. Since these statistics do not include injuries treated by chiropractors, massage therapists and other non-traditional healers, the overall number is likely higher.

Many experts––including instructors, sports therapists and chiropractors––argue that the risks and issues stem not from the practice itself, but from other sources. The most frequently cited culprits include inexperienced instructors, a commodity-driven yoga business, personal ego, preexisting medical conditions and overemphasis on the physical components of a yoga routine.

Dr. Sunit Jolly, D.C., is a Boston-based chiropractor who has treated many patients with yoga-related injures. She attributes the pain to a misalignment resulting from a series of movements and a gradual breakdown.

“I don’t think it was yoga that actually hurt them,” Jolly says. “Most people assume [they feel pain] because of one specific injury, but the truth is that unless you have trauma, it happens slowly over time.”

As a result, when students start a yoga practice and injure themselves, they directly link the pain to specific postures and activity.  The most common injuries Jolly address relate to the lower back, which is usually affected by lumbar flexion activities common to yoga.

“If people are coming from prolonged sitting, their ligament restraints are relaxed,” she says. “With lumbar flexion, the restraints aren’t working, and the spine will go beyond its natural limit. Yoga can be the straw that breaks the camels back, so to speak.”

Jolly believes that yoga injuries fall into two major categories: people who push their bodies into painful positions without paying attention to the discomfort; and those whose spines slowly slip out of alignment and result in pain when shifted into certain postures, often those with lumbar flexion.

However, yoga teachers like Justine Cohen, owner of Down Under Yoga in Newton and Brookline, rarely encounter students injuring themselves. Cohen attributes the low rate of injury in her studio to proper instruction and uniformity in teacher training. She believes that yoga classes, in general, lack these two qualities, which has resulted in preventable physical injury.
“You can get hurt from any activity done badly or incorrectly,” she says. “Well-instructed yoga doesn’t tend to result in injuries.”

Cohen claims that Down Under Yoga employs managers with extensive training to greet students and counsel them on appropriate class levels. All of the teachers learn about their students’ respective backgrounds before allowing them to join advanced classes. Cohen says that she has a strict policy of directing inexperienced students to introductory levels.

Joetta Maue, who specializes in Ashtanga yoga––a modern-day form of classical Indian yoga popularized by K. Pattabhi Jois––agrees that proper instruction is essential to preventing injury. Maue has taught yoga around the United States, including Ohio and Massachusetts, for 14 years, and learned firsthand the consequences of faulty practice as a student. While in triangle pose, she required assistance in adjusting her hips, which the instructor pulled forward, resulting in injury.

“I love deep adjustments, but that was the one time I got injured doing yoga,” Maue says. “The teacher didn’t need to hold my hips. She could have just reminded me.”

She also believes that as yoga grows in popularity, the market has become over-saturated and filled with insufficiently trained instructors. As a money-making industry, yoga has expanded into a numbers game, which can compromise the quality of teaching, Maue claims. 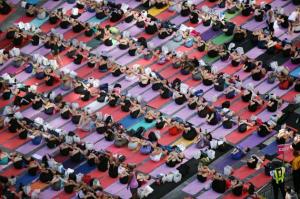 “There is a lot of pressure for teachers to please the masses,” she says. “Now the practice is more commodity-based.”

Whereas yogis used to study for years before teaching their craft, the Western market has now made teacher training a fast-paced, convenient process for aspiring instructors. Maue studied for nearly a year before teaching, but that has changed since her training nearly two decades ago.

“I don’t buy that you can learn to be a teacher in a month,” she says. “There is now little difference between yoga and exercise classes. Both need to make money.”

Steve Weiss, an instructor specializing in the Iyengar practice––a detail-oriented form of hatha yoga developed in the 1970s by B.K.S. Iyengar––also stresses the pitfalls of modern teaching credentials. Rather than an emphasis on knowledge, wisdom and specific experience, the basic teaching qualifications require a minimum number of practice hours, Weiss claims.

“Teachers come from a variety of backgrounds that do not have a sign-off from anything other than an organization that merely recognizes hours,” he says. “That seems to invite some serious problems of an illusion of some certified training guaranteeing knowledge, but what’s the basis of that knowledge?”

Weiss also believes that an overemphasis on the physical aspect of yoga, rather than the mental or spiritual, often results in physical pain. He claims that Iyengar himself stresses that yoga is not  solely a physical practice.

“Discussions on yoga in the 19th century in America, primarily by Swami Vivekananda, renounced the physical practice,” Weiss says. “Vivekananda was worried people would be too infatuated with their own physical improvement and miss the point of yoga entirely.” 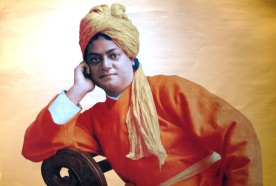 He agrees with Vivekananda and believes that modern practitioners in the Western world trade spiritual development for a physically strenuous practice, often leading to imbalance and subsequent injury.

Colleen Carney, owner of Back in Motion in Boston, has noticed a greater focus on yoga’s physical component. During her 23 years as massage therapist, specializing in athletic training and recovery, she has seen a range of injuries, many resulting from yogic postures.

“Yoga has increased in popularity over the last five to 10 years and has become a go-to exercise,” she says. “People gravitate toward it because they have an impression that it’s extremely beneficial, and they subconsciously believe that they can’t get hurt.”

(Colleen Carney, Boston-based massage therapist and owner of Back in Motion.)

“People who do a lot of yoga can do splits when they’re 50, but they often lack strength and stability,” she says. “They need to do something to hold up over time.”

She also warns that flexibility alone, a primary reason people practice yoga, does little to benefit the body. It constitutes but one element of many that help with overall physical wellness.

“Anything we do has wear and tear on our bodies,” she says. “I don’t want to bash yoga.”

The best solution, according to Carney, includes a mixture of dynamic strength-training exercises and more passive, flexibility-oriented activities. She says that relying solely on the latter increases the chance of discomfort and injury.

“It’s overrated to be stretching so much,” Carney says. “Mobility and flexibility come from joints, and [over-stretching] can dislocate joints or pull ligaments.”

She believes that the increasingly popular heated yoga adds to the practice’s overall appeal. The hotter the class is, the more intense the workout feels, even if artificially. It makes students feel that their flexibility is greater than it would be in normal circumstances.

Carney emphasizes the importance of balance in exercise for optimal health and minimal risk of injury. she encourages variety to mix up routine and work on an equilibrium of strength, flexibility, endurance and agility.

“When anything hurts, you have to pay attention,” she says.